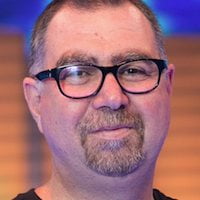 The move will see co-founder and CEO Ami Glam re-locate to New York, where the new arm will develop content for the US market. Studio Glam’s Israeli office will continue to operate, focusing on small- and medium-sized productions.

A manager has been appointed in Tel Aviv to allow Ami and Ilan Glam, his wife and business partner, to focus on the development of Studio Glam US, which opens this month.

In a statement, the company said it was “the first such branch by an Israeli independent boutique content and production company.”

The producer launched more than three years ago and has been behind The Extra Mile for Israel’s Channel 10, which sold to numerous territories. It also produced Channel 2’s Bake Off Israel, the local version of the hit UK format The Great British Bake Off.